If you’ve been living unda-da-sea recently, then you probably haven’t heard about the cast selection for the live remake of The Little Mermaid. Yes, we know – FINALLY!

A-list celeb, Melissa McCarthy, is in talks to play Ursula, while Akwafina, from the Crazy Rich Asians fame, is set to play Scuttle, the seagull. Another A-list celeb to possibly grace us with his presence is former One Direction band member, Harry Styles, in the role of Prince Eric!

Cast for the role of Ariel, however, is an up and coming actress named Halle Bailey. Halle is no stranger to the entertainment industry and is best known for her Youtube presence where she covers popular songs with her sister, Chloe. The sisters have featured on Beyonce’s hit album, Lemonade, and have also opened for queen Bey on tour.

The announcement, however, received backlash from a few unhappy fans. Critics are claiming that Halle is the wrong selection as she does not match the original animation character’s physical description.

All backlash aside, Halle received plenty of support from other celebrities regarding her new role. Jodi Benson, the original voice of Ariel, made it clear that she supports the decision.

In a statement, Benson said: “We need to be storytellers, and no matter what we look like on the outside, no matter our race, our nation, the colour of our skin, our dialect, whether I’m tall or thin, whether I’m overweight or underweight, or my hair is whatever colour, we really need to tell the story.”

Despite all of this, Halle shows no signs of getting cold fins.

In the wise words of Sebastian, the crab:

”The human world is a mess.”

We wish Halle all the best with her new role! We can’t wait for the new Little Mermaid. 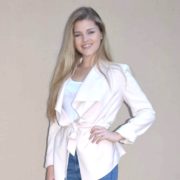 Anzéll Van Der Merwe is a third year Bcom Business Management student at the University of Pretoria and she works part-time as a Medical Administrator. She lived in Dar-Es-Salaam, Tanzania for five years but is currently residing in Pretoria, South Africa. Her favourite hobby is reading because she loves the feeling of becoming a part of someone else's story. Her goal in life is to be the best version of herself every day, meaning that she aims to be happy with the outcome of things because she knows that she did her best. Her favourite quote is: "Life is not about who you once were. It's about who you have become and who you have the potential to be."

Is Your Sex Drive In Reverse?

Dandruff Ruffing You Up?