Calvyn Justus of all Traits

Young passionate and driven to entertain, Calvyn Justus was only 20 years old when he…

Tips for Exercising in the Heat

All over South-Africa, summer temperatures are reaching new highs and in many places, it’s the…

Booty Bands Are About to Become Your New BFF

There are endless excuses for us not getting to the gym: working late, feeling intimidated or getting lost in a new Netflix series. Luckily there are ways to solve these problems. One…

Have You Heard of Slender You’s 21 Day Challenge?

Losing weight is so much harder than most of us think. It requires hard work,…

If you are new to dieting and training, you might get stuck on reading fitness fiction. Bad advice and believing fitness myths can make hitting your goals nearly impossible. This article won’t…

Advantages of Yoga and Pilates

There is so much beauty in combining mediation and workouts. Yoga and Pilates are not…

Two Birds With One Stone: Get the Booty and Overall Body Strength

Glute Activation If you are anything like me, you are on a constant mission on… 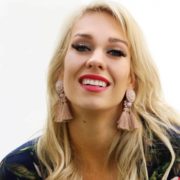 Vanes-Mari du Toit (ProudfootI is a Professional Netball player who has played 38 matches for the Proteas (2010-2017) and 36 matches for the SA Fast5 Netball team (2011-2015). She has received international recognition for playing club netball in Australia and England’s top leagues. She has 2 degrees; one in BCom _ _ as well as an Honors in Industrial Psychology. Vanes-Mari also made it to the Semi-Final of Dancing with the Stars on M-net in 2018. Futhermore, Vanes-Mari is Kwela’s newest TV presenter. She hosts various netball training clinics as well as tournaments nationwide. She is the Cape Town Head of the Caring Daisies Organisation and Netball Director of The Barefoot Project. 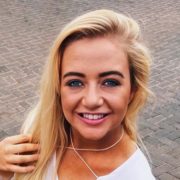 Rina Jacobs is a Business Psychology and Behavioural Sciences student at the University of Potchefstroom (NWU Pukke) and also enjoys being active on social media platforms. Her love for sport and fitness began at a very young age and self-discipline is what keeps her on her feet. She believes that happiness comes from within and a positive mindset is the key to success. Interesting fact about Rina: She enjoys playing Fifa soccer on Playstation in her free time.