Nelson Mandela, in his opening statement of his one and only inauguration speech, of a new and free South Africa, said:

“Today, all of us do, by our presence here, and by our celebrations in other parts of our country and the world, confer glory and hope to new-born liberty. Out of the experience of an extraordinary human disaster that lasted too long, must be born, a society of which all humanity will be proud. Our daily deeds as ordinary South Africans must produce an actual South African reality that will reinforce humanity’s belief in justice, strengthen its confidence in the nobility of the human soul and sustain all our hopes for glorious life for all.” 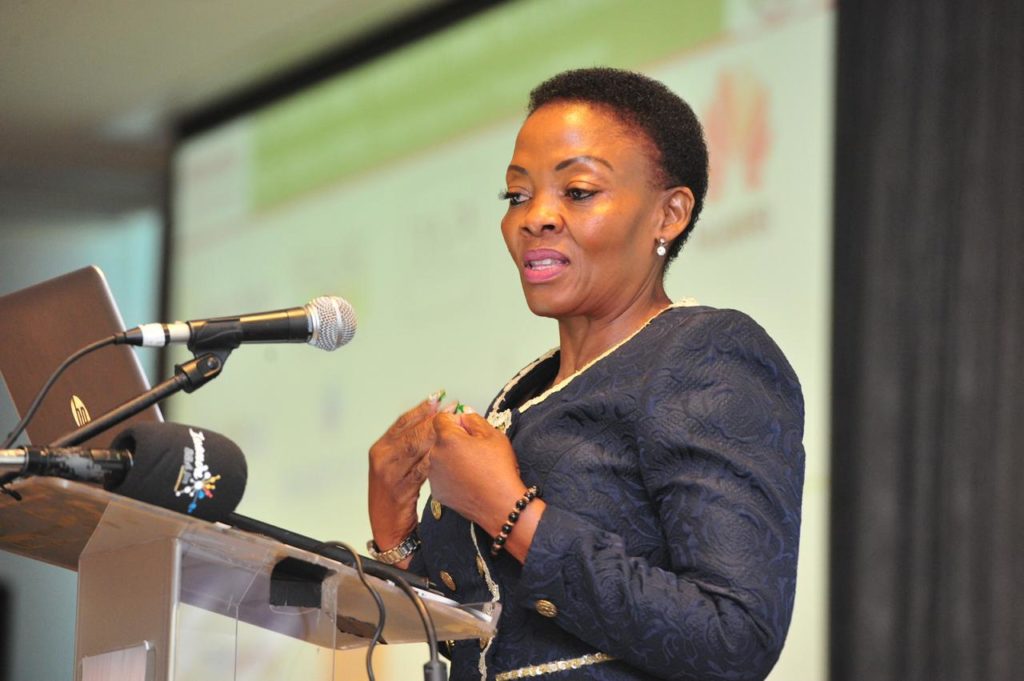 Like many of you, this day 25 years ago, still makes me emotional, as it absolutely defines the spirit and essence of our democracy. It was a pledge, not by Madiba to us, but a pledge by each South African to ourselves, to liberate ourselves from the continuing bondage of poverty, deprivation, suffering, gender and other discrimination.

This speech did not feel like a President making a speech to his people, it felt like it was a proud South African calling on other South Africans to remember who we are, what we can do when we fight for something worth fighting for, and what we can achieve when we stand together… it just happened to be a President among Presidents, a global icon, and a modern-day superhero, who wore his struggle-stripes in his laughter, peace-loving nature, and his forgiveness.

He brought the world to our doorstep, and made South Africa great, with a vision premised on two fundamental concepts, that we should never forget as South Africans – reconciliation and relationships.

The Oxford dictionary defines reconciliation as the action of making one view or belief compatible with another.

So, in essence, some amongst us had to reconcile themselves, with the fact that an idea of one race being superior and others inferior, is finally, permanently discredited and abandoned.

As South Africans, we all needed to reconcile ourselves with the belief that until there is no longer first-class and second-class citizens, we are incomplete as people, but definitively so, as a nation. And so, we had to focus on building a nation which guaranteed basic human rights equally for all.

The second is premised on the idea of a relationship, and to this end, the Oxford dictionary defines a relationship as the way in which two or more people or things are connected or the state of being connected.

To this end our Constitution is our covenant that allows us to build a society in which all South Africans, of all colours, will be able to walk tall, without any fear in their hearts, assured of our undeniable right to human dignity – a rainbow nation at peace with ourselves, and the world!

It is only fair for us to assess how effective our reconciliation has been and what the state of our relationships is, on this landmark anniversary of our Freedom (I’m spelling it with a capital F, because of what it means to us, and what it should mean to us). In relationship terms, 25 years is our jubilee year. A year of jubilant celebration, jubilation in our Freedom. The question is what does South Africa, as a 25 year old look like in real terms?

She is expected to work twice as hard as her male counterparts, just to get half the salary they get for similar work or even less work. She also finds herself having to constantly ‘do double’ to be seen as a professional equal to her male counterparts, and doing that, whilst, hoping that she is not the target of sexual misconduct against her.

She lives this life having to constantly set boundaries for colleagues, both men and women, that she is not ‘for sale’ under any circumstances, and that she is building a career, not just having a job until she falls pregnant, which will be seen as a problem for most companies who will then view her as taking time off, and not giving enough, when she becomes a mother, and then will not be taken seriously, even less so.

As a qualified young professional, of maybe only a few income earners in her extended
family, she is struggling to get out of debt, by virtue of various black taxes, that have become a part of our culture, but not understood by our financial systems. For our 25 year old the idea of sustaining our hopes for a glorious nation for all South Africans is an idea which is plummeting at a great speed, and it should not be something for which she needs to give up her whole life, just so her family can live.

These challenges, amongst too many others, has taught us that reconciliation is not a once off event. Seeing the 25 year olds of today living this life I have just described, is a reminder to us that we cannot succeed as a nation if we do not actively restore our communities, and focus on actual nation building.

Our nation will only be great and proud, when the weakest of us are in a position to see possibilities that can become a reality. All of us need to restore our communities. All of us. Successive decades of equality will not result in substantive equality, unfortunately. Substantive equality must ensure that women of all races and tribes thrive beyond the boundaries of patriarchy, and traditional beliefs that hold our women back, because those beliefs see them as positioned as ‘lesser beings’.

Nelson Mandela was a great man, and he led hundreds and thousands of heroes to give us the freedom that we revel in today, but it is up to each of us, to decide what we do with that Freedom, and how we choose to use it, to build a nation that we are proud of. Nation building is only successful when the weakest amongst us still see possibility in their world.

As politicians, public servants and most of us in positions which wield power, the time for ethical and committed leadership should be a single-minded focus, now more than ever before. It is not politicians that make a country.

Yes, we may have seen great and iconic politicians, but even so, it should never be lost upon us that we are in essence carrying out the spirit of Thuma Mina (send me) and always will be the servants of the people of this great country – the people of a country, make a country great. That’s you!

As servant leaders, we need to ensure that a country is united in our diversity, in the true sense. All of us, irrespective of gender, race, creed, religion, or sexual orientation, need to invest in this nation’s prosperity. I believe, we can only succeed if we all ensure that.

As a South African, an African woman, a mother, and yes, a politician and many other roles that align in my life, I have one passion and that is to ensure that the future of this country and our continent succeeds beyond our wildest dreams, and that we build a nation that stands proud and tall.

As we celebrate Freedom day let us find little ways of contributing to the vision that  Nelson Mandela spoke of. Let us recommit ourselves to the pledge to make our contribution to this country and our continent. We have the power to position the place we call home as the greatest in the world! Let’s all try!

“..never, never and never again shall it be that this beautiful land will again experience the oppression of one by another and suffer the indignity of being the skunk of the
world.” – Nelson Mandela

Bokang Montjane for BLOSS Africa: Watch the Behind the Scenes Video Now

Getting Reacquainted with Leading a ‘Balanced Lifestyle’

We Have the Solution to Your Workout Problems!

Bokang Montjane for BLOSS Africa: Watch the Behind the Scenes Video Now

Mellow Yellow: The Colour of Production in Our Office Dreams

Get a Free Goodie Bag Worth More Than R3000 + Win Fab Hampers!