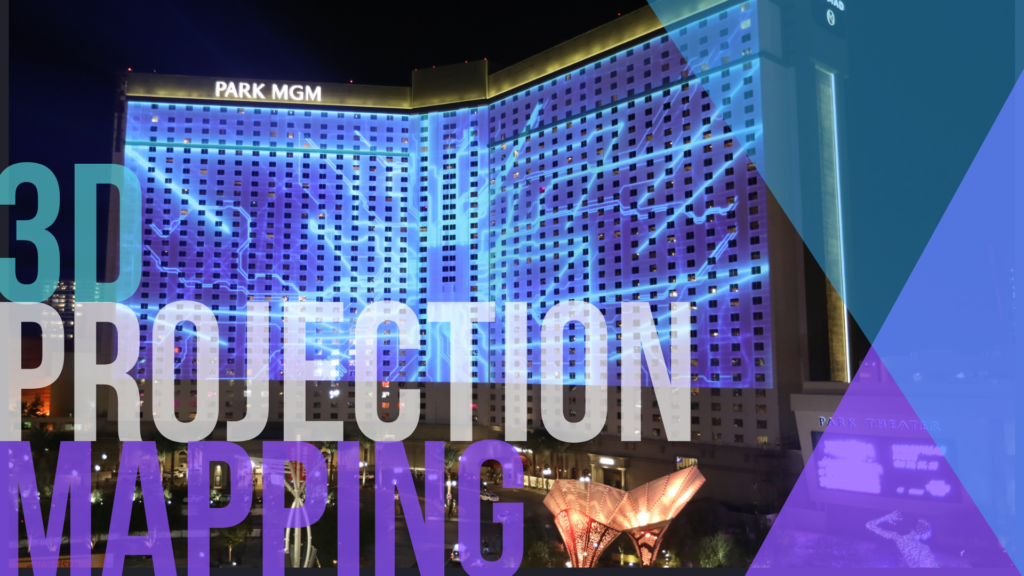 Let’s start by quoting the creator of this amazing tech and president of PaintScaping, Philippe Bergeron,

“The entire planet is a canvas begging to be mapped…it’s a big world and I am dying to paint it with virtual light.”

The art of 3D projection mapping is a new venture into the world of light and colour. Philippe Bergeron and his wife started their company called PaintScaping and has worked for numerous big companies with projects ranging from launching new buildings, cars, advertising campaigns, live events, and even music videos. Last year they did the biggest ever 3D Projection mapping in the USA  at Park MGM in Las Vegas to announce Britney Spears’ residency at The Park Theater.

What is 3D projection mapping?

3D Projection mapping is when you use an environment, space or building and overlay projections onto the 3-dimensional surface using visual effects like virtual light and shadows or images to create optical illusions. Using these effects, they create the illusion of the physical space moving and changing. Viewers are captivated by these theatrical displays, more than a normal 3D movie, because they are part of the space it’s happening in.

PaintScaping uses state of the art technology to bring creative ideas to life, ranging from the powerful projectors, 3D mapping software, and visual content creator programs. They also combine audio effects and live actors interacting with the projections to strengthen their illusions. It’s about seamlessly blending the virtual with the real to bring the narrative to life.

It’s about the audience and that wow-moments these light shows create. It all starts with taking a lot of photos of the 3D space, importing it into the software to create a virtual 3D model of the space, then they start with the creative process of creating visuals and effects that will eventually be projected onto the real 3D space.

The world is your canvas, a big giant canvas! Like this amazing projection is done on a mountain, with a projection throw of 1km and a screen size of 220 meters for the Sedona Northern Lights project. It’s one of the biggest USA Projection mapped images ever done on a natural canvas.

They have also worked on projects like the Tiffany & Co.’s Celebration Bash that included choreographed dancers interacting with the projected space around them.

PaintScaping not only has buildings under their 3D Projection mapping belts – but they have also worked on ad campaigns including Gucci & BMW. This add was created using nine 4k projectors to bring the creative vision of BMW to life. This may look like the effects are done post-production, but it’s done real time by projecting onto 3D models of cars and space around them. How amazing is that?

In 2016 they worked on the set for the Calvin Harris/Rihanna music video “This is what you came for.” They projected on the cube that Rihanna is seen doing her magic in and onto the back wall and Calvin Harris’ Lamborgini.

3D Projection mapping is taking the world by storm and one is almost only limited by your creativity and it will continue to paint the world around us, one space at a time! 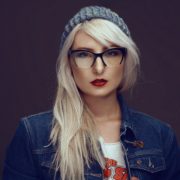 Find a Little Piece of Paradise at Zinkwazibush