Even though travelling is still limited, we can still dream of travelling. Only 6 Figures Per Night For The Most Luxurious Accommodation In The World.

Travel is not over it is simply put on pause.

There are currently only 14 hotels that are known to be 7-star hotels around the world.
7-Star Hotels are hotels with the highest level of luxury available in the world and officially there is no definite classification for 7-star hotels.

One of the most famous 7-Star Hotels is the Burj Al Arab, operated by the Jumeirah Group in Dubai. I have listed 5 of my favourite most expensive and most luxurious hotel accommodations below. I have personally only stayed at one of the 5 and will be adding the other 4 on my travel bucket list.

Most Luxurious Accommodation In The World

Laucala is a hot spot for celebrities such as Oprah and George Clooney. Private butlers and a glass cube swimming pool are just some of the little touches that make this one of the best resorts in the world.

The resort even has its own landing strip. The estate features three gorgeous bedrooms that are separate from each other. There are outdoor bathtubs, handmade soap and a room service menu of food that’s 80% grown on the island.

The Villa comes with 360° panoramic views of the entire island. It comes with extra perks, including a private cook, 2 butlers, a chauffeur and nanny. The rates include all meals and activities at the resort. Do you love horses? There are eight beautiful Fijian steeds waiting for you.

Laucala Island is perhaps best known for and enjoyed as, a kaleidoscope of sporting and cultural activities for guests of all ages. From diving in a unique underwater world to golfing on an 18-hole championship course, to meeting indigenous artists, everything is possible on Laucala Private Island. 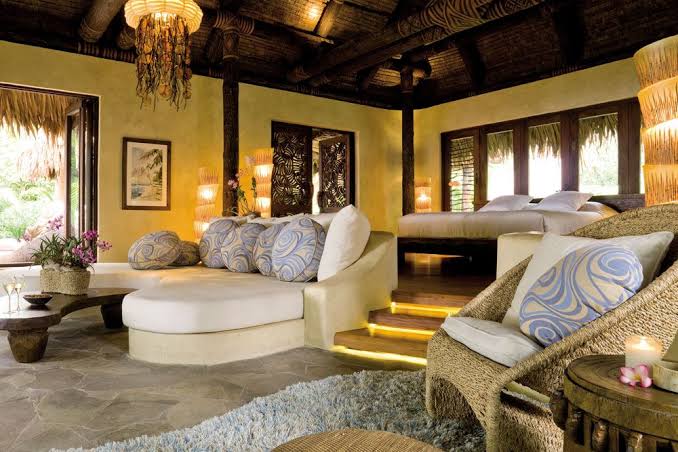 If the name Is anything to go by this hotel will offer you the best of everything. The Grand Resort Lagonissi is a 72-acre peninsula and seafront paradise south of the Greek capital. Hospitality is an art at the resort, which offers in spring views and the natural beauty of the Mediterranean. Stay at the Royal Villa, and you’ll be flown into Athens on a private jet, courtesy of the hotel.

You’ll also have a private chef, personal trainer, and personal pianist available during your stay. Not sure which pool you want to take a dip in? No problem: The suite has both an indoor and outdoor pool. If it’s good enough for Leonardo DiCaprio or Meryl Streep, it’s good enough for us.

The Villa is not only spectacular but also the epitome of luxury at the resort. It boasts contemporary design, artwork and carefully chosen decoration features. It also features two master bedrooms with king-size beds, spacious living room with fireplace & dining table, two oversized marble-lined bathrooms, one in each bedroom, as well as a guest bath.

If that wasn’t enough to impress you there is even a butler’s quarter, complete office facilities, a separate bar and an outdoor heated pool; you may never want to leave. 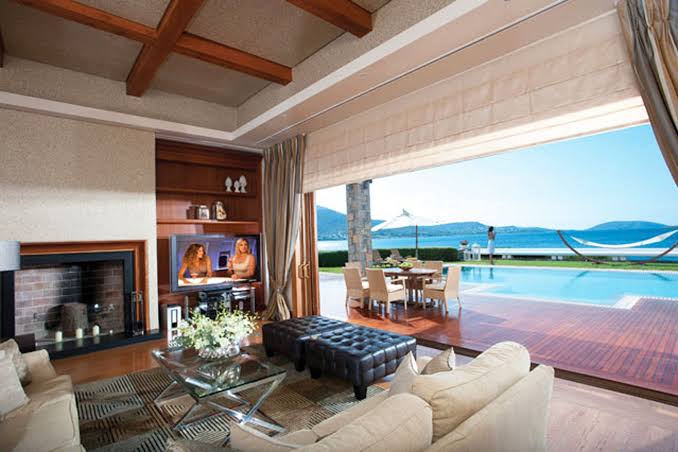 The Ty Warner Penthouse in the Four Seasons Hotel in New York City is the most expensive hotel room in North America. The Penthouse is also the city’s highest hotel suite – both in terms of altitude and room rate. New York is the city that never sleeps.

But you won’t be disturbed by street noise as you lay your head on the 18th-century Japanese silk pillows and wrap yourself in bedsheets woven with 22-carat gold thread. The suite offers 360° floor-to-ceiling views of the city, as well as four glass terraces.

There’s plenty to do if you fancy a night in. Tickle the ivories on the grand piano, unwind to the sound of the waterfall in the Zen meditation room or browse through a private library stacked with volumes on art and culture. In need of a refreshment?

Call the butler and take advantage of unlimited complimentary Cristal champagne and caviar. And if you fancy going out, just ride down in the private elevator. A chauffeur-driven Rolls Royce will be standing by to whisk you around town. 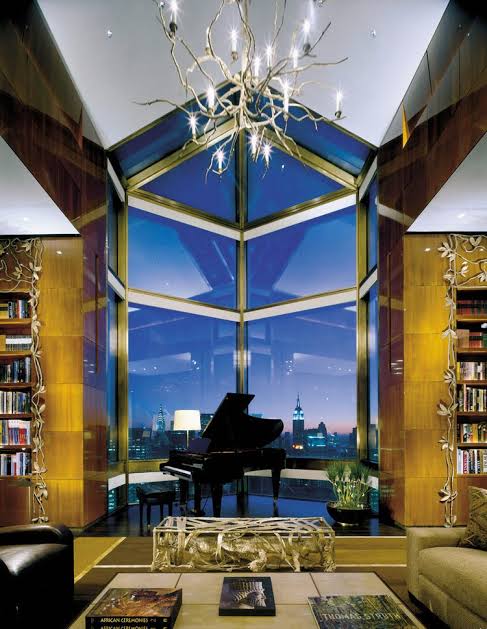 Paris’ most exclusive address, the iconic Hôtel Plaza Athénée has been recently refurbished and now boasts of the largest suite in the city-The 450-square meters Royal Suite.

Furniture going back to the Régence period of 1715 to 1723, antiques and original artworks give the suite, which is splashed in shades of golds, purples and raspberries, a traditional feel. State-of-the-art facilities like flat-screen TVs concealed within mirrors, a steam room, a Jacuzzi and assorted surveillance and security systems provide it with the right dose of contemporary.

Peaceful and a private haven, the suite also overlooks the glimmering Eiffel Tower, luxury stores of Avenue Montaigne and the hotel’s serene courtyard. Staying here is exactly what you would expect from such wonderful opulence. The staff is wonderful and extremely helpful and even hipped me to a great breakfast spot around the hotel.

I have to say that there is something very special about checking into a hotel such as this. The history and the energy is fantastic, plus you know that you’re in one of the most magical cities on the planet! 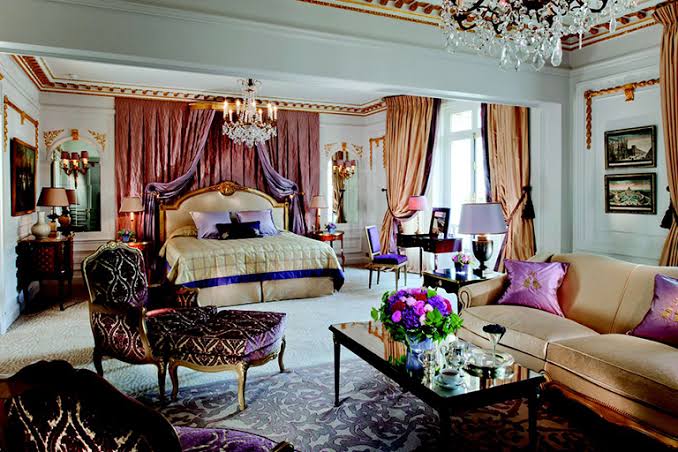 5. UNITED KINGDOM
The Apartment of Hotel Connaught in London
Price: From R 326 903.00 per night

At the beating heart of London’s Mayfair Village, surrounded by the chic shops, restaurants and galleries of Mount Street, The Connaught redefines the British luxury experience. An expertly judged blend of old and new.

Connaught is the insider’s choice for staying in London, where service is highly personalized and with a genuine warmth of character. This Apartment at the Connaught is perched high above Carlos Place on the top floor of the hotel.

Uniquely carved entrance doors – a feature of many of the surrounding Mayfair homes – set the tone for a one of a kind residence. Space, designed by David Collins Studio, features an array of commissioned artworks and limited-edition books.

The entrance corridor has been treated as an extension of the living space and houses a library. But there is also a stately double-height sitting room, a dining room and 24-hour butler service. To unwind, London’s only Aman Spa is a relaxing retreat after the bustle of London. The Connaught’s irresistible charm keeps guests wishing they could stay forever. 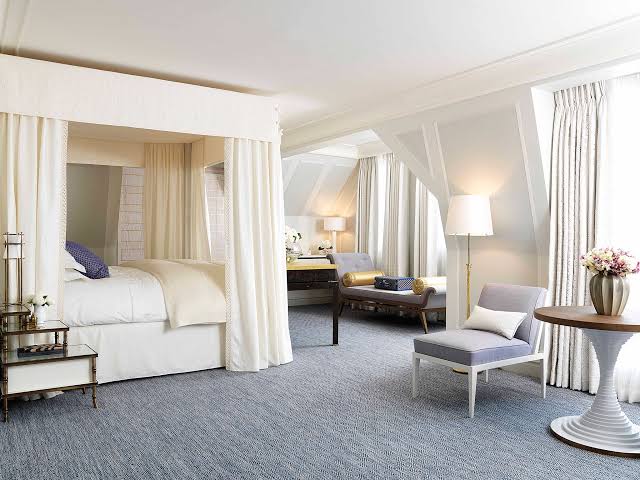 “TRAVEL DOESN’T BECOME ADVENTURE UNTIL YOU LEAVE YOURSELF BEHIND”

Dream of travelling with us and check out these 6 Figures Per Night Luxurious Accommodation In The World. 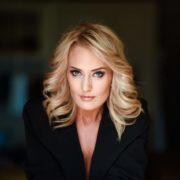 Megan is a born business woman and entrepreneur. She has been deeply entrenched in the golf industry for 12 years and is happily married to the celebrity golfer and Guinness World Record holder, Heinrich Du Preez. Megan is the founder and Owner of Play It 4WARD golf specialists. She is also the CEO of a charity called Golfing for Teddy that has been featured on Super Sport (DSTV), Network 24 and eNuus. Megan also owns an agency for celebrity golfers =, Master of Ceremonies’ (MC’s), speakers and auctioneers.

The Importance Of Confidence And Believing In Yourself

Flight Fashion: The End of the Plain Plane

Go Out And Explore In The Month Of Love

Dubai – What Happened to the World Islands? 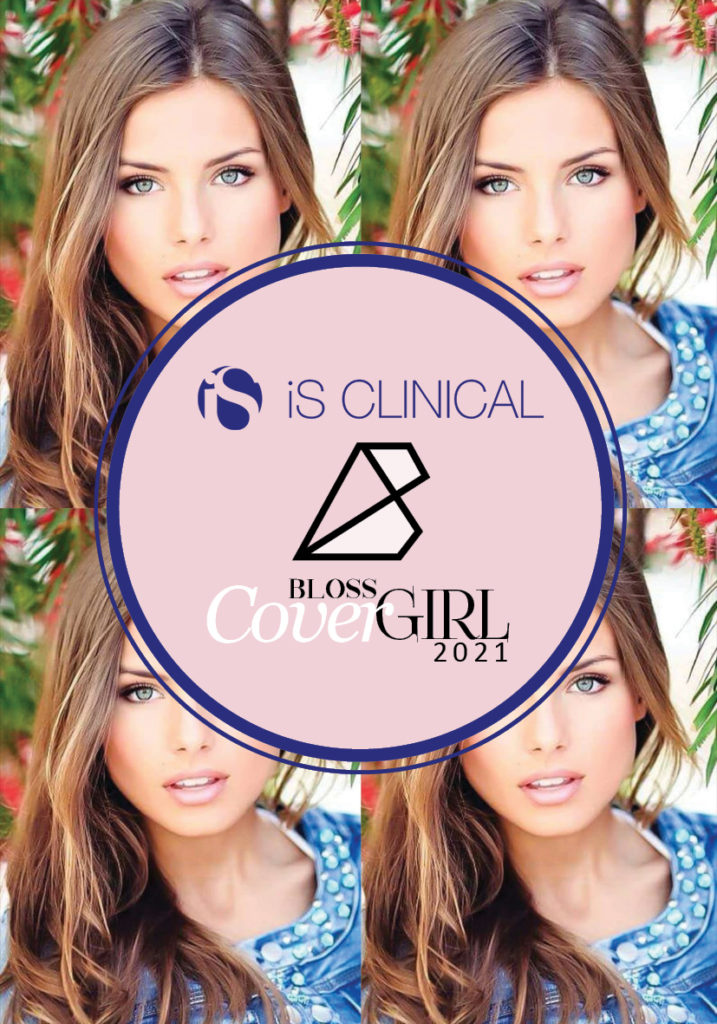 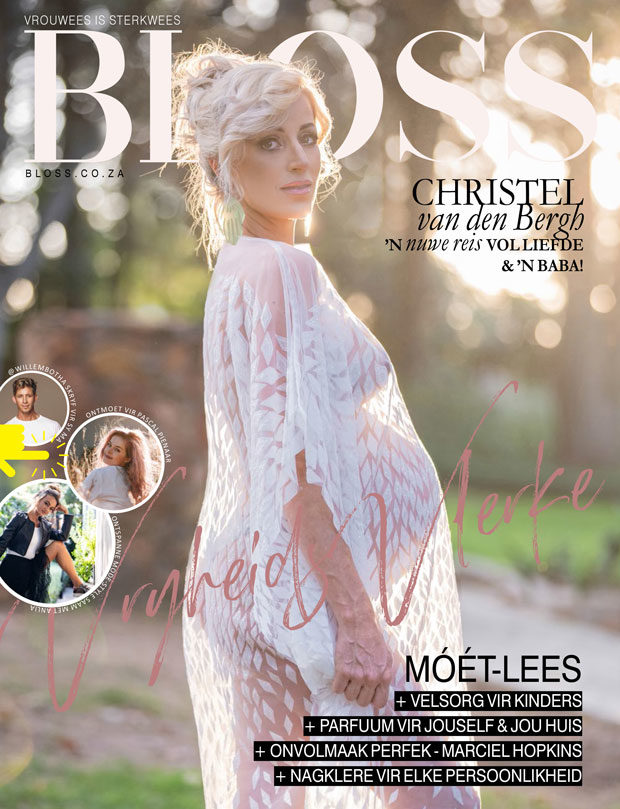