Instagram is one of the world’s biggest and most popular Social media platforms. Celebrities from around the world use it to communicate with their fans. Ever wonder who has the biggest following? Here are the 5 celebs who are most followed as of August 2020.

Cristiano is a famous footballer. This sports star has really made name for himself although sports is a huge love for him he also has many other interests. He is outgoing and has a giving heart. He is also a film star and has written his own book.

Ariana’s talent is no secret. At a young age this singer, songwriter, and actress gave the world reason to believe in her many talents. You may know her from Nickelodeon TV series Victorious and Sam and Cat.

Otherwise known as the Rock. With so many talents and making a success of all he pursues. Dwayne has been an inspiration for many people. From being a well-known actor, author, television/film producer, voice actor, footballer. He also knows his way in a wrestling match. He literally does it all.

Selena began her career by being part of the children’s television series Barney & Friends. Afterwards, her career took flight. She is a singer, songwriter, actress, and producer. Did you know she has been a UNICEF Ambassador since 2009?

Click here to read more from our Social & Celeb Editor 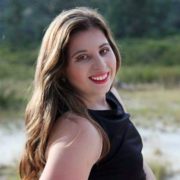 Call her a dreamer. A lover of life a true enthusiast. Some of her passions include: People, she enjoys working with and getting to know everyone around her. Nature, she often enjoys being surrounded by nature it makes her feel peaceful and relaxed. In fact she often wishes that a sunset could be classified as a colour. Entertainment industry, a huge love of hers for as long as she can remember. This has become second nature to her. One of her greatest desires in life is to be able to make a difference in the lives of everyone she meets. She writes, motivates, and spreads positivity, enjoys life, and lives life to the fullest. Her motto: All things are possible

Beauty Is In The Eye Of The Beholder

Famous For Being Wildlife Experts

Up, Close And Personal With David Tlale

Self – Care: Don’t Pour From An Empty Cup