I recently had the privilege to meet with the inspirational Robin Bevers, Managing Director of the Moooi furniture company in Netherlands. As well as one of S.A’s most admirable South African pioneer’s, Chris Weylandts. Not only was this an enlightening experience, but I was intrigued by both the companies perspective on interior design.

Mooi is a modern dutch furniture company founded by Marcel Wanders and Casper Vissers in the Netherlands during the year of 2001. Showcasing their extraordinary design range all around the world, including Amsterdam, London UK, New York City and now finally in collaboration with Weylandts in South Africa. What a proud moment for all South African “Moooi” fans. Weylandts, being an exclusive designer brand, owned by Chris Weylandt and an innovative design team, was the ideal distributor for such an unique and remarkable brand such as Moooi.

The name “Moooi” meaning beautiful in Dutch, with a third “o” for adding extra beauty and unique quality to the brand. Inspirational furniture and lighting admired by designers worldwide.

Having to spend priceless time with Robin and Chris, I’ve had the opportunity to interview them with what I believe was the most informative and inspirational advice we could learn from.

HOW AND WHERE DID THE IDEA OF MOOOI COME FROM?
Marcel believed that the design principle of “LESS IS MORE” during the modernism era was absolutely ridiculous. He was often misunderstood during his design education, although he was stubborn and convinced that his design perspective of Contemporary design was going to be revolutionary. He wanted to create a design platform for the creative, rebellious designer to create and manufacture their ideas. And needless to say, what a success it was.

WHAT ASPECT OF THE COMPANY MADE IT “BOOM” AND TAKE OFF?
Moooi had a big hit when launching a lighting design called “THE RANDOM LIGHT”. It has most definitely become a super iconic piece and their most recognised design yet. What made it so popular? Not only is it an extremely solitary object but their use of advertising made it draw a lot of attention. Having it presented on a large freeway billboard photographed with a beautiful nude African model with a large afro! Wasn’t that just an astute idea.

ACCORDING TO YOURSELF (ROBIN) AND THE MOOOI TEAM, WHAT WAS THE HARDEST PART ON MAKING THE COMPANY SUCH A SUCCESSFUL BRAND?
Although robin has only started working with Moooi three years prior, he still believes that moooi had taken many chances in the design world and therefore it hasn’t always been an easy run. The tesm believes that nothing is to be taken too seriously, designs could be quirky and often out of the norm. Robin believes that you should not become smug and to remember that it never too late to learn, and that becoming obsolete is irrelevant.

HOW WAS THE DESIGN TEAM CHOSEN?
Marcel and other directors at Moooi often receive design submissions from designers all around the world. They believe in finding new ideas and that there must not necessarily be a set design team, rather have third party designers who’s concepts are then finalised and manufactured.
Weylandts however make use of a brilliant indoor design team and find inspiration from all around the world. Especially recognized for their contemporary approach to African aesthetics.

In conjunction, I would definitely say that Weylandts and Moooi make a phenomenal team. Moooi products are now presented in all Weylandt Showrooms and can be purchased off the floor and from the Weylandts website. Definitely adding value to the “high end” South African market. 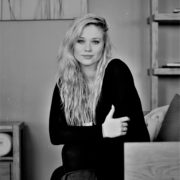 Carmen Hosten is a determined, innovative entrepreneur and designer focused on uniquely personalized interiors, architecture and furniture. With a BA degree in Interior Architectural Design Carmen developed a well trained eye for quality and spatial transformation that she combines with environmentally friendly and trend-setting designs.