Schalk Bezuidenhoud and Mila Guy are friends in front of and behind the camera.

How did the friends meet?

Schalk and Mila met during the first reading of Hotel and from then on, the word fun was entered into every room of the set. KykNet’s comedy series Hotel is a laughing documentary about a substandard hotel and its  staff trying to save it from its one star status.

Schalk plays the role of Danny Beyers, an aspiring actor who wants to make it big one day.  There is no doubt that he is a brilliant actor, who can make you laugh until you end up in laugh spasms and maybe tears. In the series, Schalk’s character Danny is in a relationship with Malanie Schmidt (played by Mila Guy). Together, the two get in trouble and go from adventure to adventure.

BLOSS opened the door of the hotel and we came out to throw cabinets and drawers to see how well the two really know each other.

What do you think Mila does in her free time?

Schalk: “Mila’s favorite thing to do is definitely to shop. Every time I see her, she has new clothes I have never seen. ”
Mila: “I like drinking a glass of Coca Cola, singing, making nice videos and going shopping at Zara. I’m busy with lots of things in my time, so wherever the wind blows me, I’m doing something fun. ”
(Schalk 1 point / Mila 0 points)

What do you think Schalk does in his free time?

Mila: “Maybe he takes himself on a walk along with his wonderful jokes. I think Schalk’s favorite thing to do is make jokes. ”
Schalk: “It’s certainly stand-up comedy, my other passion in life.”
(Schalk 1 point / Mila 1 point)

Does Schalk have any brothers or sisters?

Does Mila have any brothers or sisters?

Schalk: “Mila has a sister.”
Mila: “I have a 22-year-old sister who studies visual studies at Tukkies.”
(Schalk 2 points / Mila 2 points)

Mila: “Our relationship is about the same, maybe not the ‘relationship’ aspect. We are good pals. We are probably just a little more professional for the camera. We always have a good time together. Schalk is a nice person. ”
Schalk: “I’m not so nice with Mila as Danny is with her. Sometimes she says, I feel like I do not even love her, but I really love her. We are big pals. It’s just nice to give her a hard time. ”
(Schalk 3 points / Mila 2 points)

What is the first thing that comes to mind when thinking of the two of you?

Mila through the eyes of Schalk:

“If I had to describe Mila in a color, she would be the color of denim.”
Schalk: “Mila’s favorite band is a band that nobody ever heard of.”
Mila: “Sylvan Esso”
(Schalk 4 points / Mila 2 points)

Schalk: “Her favorite song is defensively the Macarena.”
Mila: “I love Die Young.”

Schalk: “Mila’s favorite color is gin and tonic.”
Mila: “I like the rainbow. At the moment I quite like blue, because it makes me think of the sea and I love it. ”

Schalk: “If she could choose two items to be stranded with on an island, it would be a couple of Vans (she’s addicted to the things) and then just something to comb her hair with.”
Mila: “A surfboard and a machine that makes Coca-Cola.”

Schalk: “I think if Mila could spend time with someone in history, it would be her younger self.”
Mila: “Jesus. To walk with him and be in His presence would be quite cool, I think. ”

Schalk in the eyes of Mila:

“If he had to be a color, he would be red. Danny is red. ”
Mila: “Schalk’s favorite band is Fergie”
Schalk: “Well, the first CD I bought with my own money was Green Day.”

Mila: “His favorite movie is Cinderella Story”
Schalk: “Anchorman with Will Farrell, he is one of my favorite actors.”

Mila: “His favorite series is How to get away with murder”
Schalk: “I don’t currently have a favorite, but I’m watching Stranger Things, that’s amazing now.”

Mila: “His favorite song is Fergalicious.”
Schalk: “Definitely Seal’s Kiss from a Rose.”

Mila: “If Schalk was stuck on an island and he could only take two things, it would be a pen and paper. To write down all his jokes. ”
Schalk: “My porcelain dog and a phone so that I can call someone to pick me up.”

Mila: “I do not know why I think this, but I think Schalk might be a beach person”
Schalk: “I love swimming in the hot sea in Durban, but I do not like lying on the beach.”
(Schalk 5 points / Mila 3 1/2 points)

Mila: “If Schalk could spend time with anyone in history it would be the Shakespeare because he is so beautiful with his words.”
Schalk: “Jim Carrey. I know he’s not dead now, but he’s also in history. If you go back for ten years, Jim is there. ”

Of course, on any TV series, you spend a lot of time with your fellow actors. Mila and Schalk share the biggest lessons they have learned from each other so far.

“The biggest lesson I learned from Mila is to not spend all your clothes on money.” He laughed and repeated slowly, “Or do not spend all your money on clothes.” Mila, on the other hand, tells he taught her how to be inspired every day and to pursue her dreams. “Schalk is very goal-driven, he knows what he wants and he makes it happen. It’s cool to see how he chases his dreams. So I think I’ve learned never to give up on your dreams. ”

And the winner is…

Mila wins Miss Congeniality with 3½ points, while Schalk leads with 5 points securing him with the winning position and a one-way ticket to Iraq.

BLOSS agrees, hold on to your dream and do what you do. Keep the lights on and put the fun back! Think in the direction of Schalk’s personality or his wide range of sweaters. If you can not run anymore, walk. When you can not walk anymore, get a wheelchair, but just do not lie down. 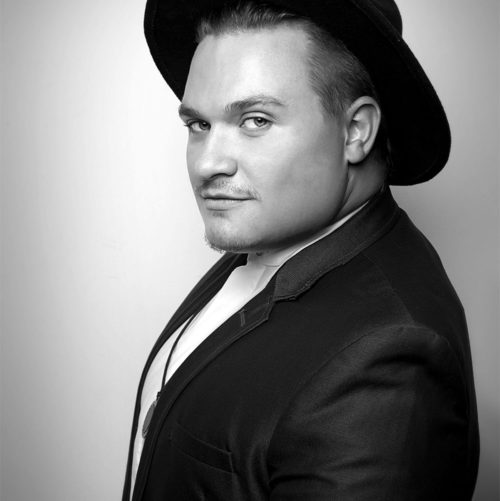 Francois Olivier is Media24's acclaimed Celebrity Photographer and Designer. He is currently the owner of Olivier Productions & Vocal Coaching SA, and has worked with industry leaders like Steve Hofmeyr, Kurt Darren, Nicholis Louw, Gerhard Steyn, Karlien van Jaarsveld and many more. With his fourteen years of experience in the fashion and modeling industry the magazine and publishing world is the next stepping stone.

Jo Black, the man behind the beard