It’s not too late to have a magical summer holiday in Europe. While the iconic sightseeing attractions are a must, head off the beaten tourist path to maximise your time and budget.

Step back in time at the 18th-century Blair Castle in Scotland. Blair Castle has been at the forefront of English and Scottish heritage for more than 700 years and has an interesting link to our own country.

Visitors can wander through the beautifully restored interior and gardens, filled with blooming flowers in the summer months. Fans of the series, Victoria, (currently available on Netflix), may recognise the castle and its surrounds from the second season when Queen Victoria travels to Scotland. These episodes were filmed on the castle grounds.

The current Duke of Atholl lives in South Africa. The Duke can command Europe’s only legal private army, the Atholl Highlanders, a privilege granted by the real-life Queen Victoria after she visited Blair Castle in 1844.

The Asturias region of Spain along the country’s northern coast is sometimes called “green Spain” for its lush green hills, meadows and lakes. It is a small but beautiful corner of the country.

Summer is a good time to hike, swim and appreciate the scenery. From the Covadonga Convent, a significant site in Spain’s history, you can visit the glacial lakes of Covadonga. Dotted with cows and sometimes shrouded in mist, it could be mistaken for the emerald hills of Ireland or the dramatic volcanic slopes of the Azores.

3. Climb the seven hills of Lisbon

South African travellers can enjoy an incredibly rand-friendly holiday in Portugal. Lisbon’s hilly capital city, aptly known as “the city of seven hills,” is famous for its seven miradouros (viewpoints) over the city. While they are all worth a climb for their different vantage points, some say Miradouro da Nossa Senhora do Monte is one of the best and most underrated viewpoints. Don’t underestimate the rise; it is extremely steep, but at the top, you can see over most of the other miradouros, the castle, Baixa district and the river.

Wear your most comfortable shoes and bring your reusable bottle of water (and a bottle of something to toast the summer sunset) and reward yourself with a pastel de nata afterwards.

4. A teeny tiny Venetian-style village in the Adriatic

If you’re considering a trip to Croatia or the value for money Balkan states, add on a few days to explore Montenegro. Perast is a teeny-tiny town that Lonely Planet describes as “looking like a chunk of Venice that has floated down the Adriatic.” It has only one main street, 16 churches and 17 palazzi (some are now grand crumbling ruins overrun with nature while others have been renovated).

Even celebrities have fallen under the charm of this little hidden corner of Europe, and it’s reported that Michael Douglas and Catherine Zeta-Jones own a summer house in Perast.

From Perast, take a 10-minute boat ride to ‘Our Lady of the Rocks’, an even tinier man-made island topped by a solitary church. “This less-explored corner of Europe is one of Europe’s most unusual and interesting places to visit this year,” says Teresa Richardson, Managing Director of The Travel Corporation in South Africa.

“South African travellers who want to be sure of their holiday costs upfront, and save, can opt for a Costsaver guided holiday. The Costsaver brand is a bestseller in South Africa as the trips include all the usual essentials such as quality accommodation, city tours and transport, which are usually the most expensive items when travelling through Europe.

Iconic sites are included, and then travellers can add on other optional experiences to tailor-make their holiday.”

5. Find the best rooftop view in Venice (and it’s free!)

Bernadette Willis is an Australian-born Travel Director for Trafalgar, Costsaver’s sister company. She has been running Trafalgar trips in Europe since 2005, so knows a thing or two about hidden gems in Europe’s most popular cities.

“In Venice, there is an old German merchants’ warehouse that has been converted into a high-end department store,” says Willis, referring to the restored 16th century Fondaco dei Tedeschi building.

“There is the most incredible rooftop terrace that looks out over the Rialto Bridge. It has one of the best views of the city, and it’s free, but most people don’t even know it’s there. I love hearing the guests’ expressions of joy when you walk them out for that first view over the city,” she says.

Guests not travelling with Trafalgar can access the rooftop terrace for free but have to make a reservation beforehand. Visits are limited to 15 minutes each.

Another personal recommendation from Willis is the city’s graffiti art in Florence. Home to a mind-boggling number of Renaissance art and architecture masterpieces, you won’t want to miss the chance to view the city’s street art.

French artist, Clet Abraham, alters traffic signs with cheeky graphic stickers, such as turning a one-way arrow into Pinocchio’s nose. If you don’t have any luck spotting some of his works on the street, you can visit his studio in San Niccolo where you can buy an original sign, or for a much more affordable option, a sticker or t-shirt.

After a day of scouring the streets for traffic signs, cool down the way locals beat the summer heat: gelato. You’ll find a gelateria on almost every street corner.

7. Call the doctor in Bologna

With a reputation as one of Italy’s most underrated cities, Bologna is packed as full with culture and cuisine as its better-known neighbours. Visit the Anatomy Theatre in the University of Bologna, the world’s oldest continually operating university and the Anatomical theatre, completed in 1737, created entirely from spruce wood. It’s a
fascinating look into the history of medicine, academics and architecture.

For the curious traveller, who is hungry for out-of-the-way, unforgettable experiences this summer, Europe still has many hidden secrets. You only need to know where to look to find them. 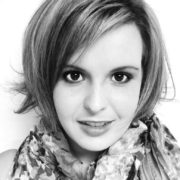 Magdél is a communication specialist and entrepreneur who creates opportunities for traveling and stories through her digital nomad lifestyle. She is the owner of MSMedia and a Digital Influencer who shares various business and travel tips.

12 Must-Have Items for Baby and Mom